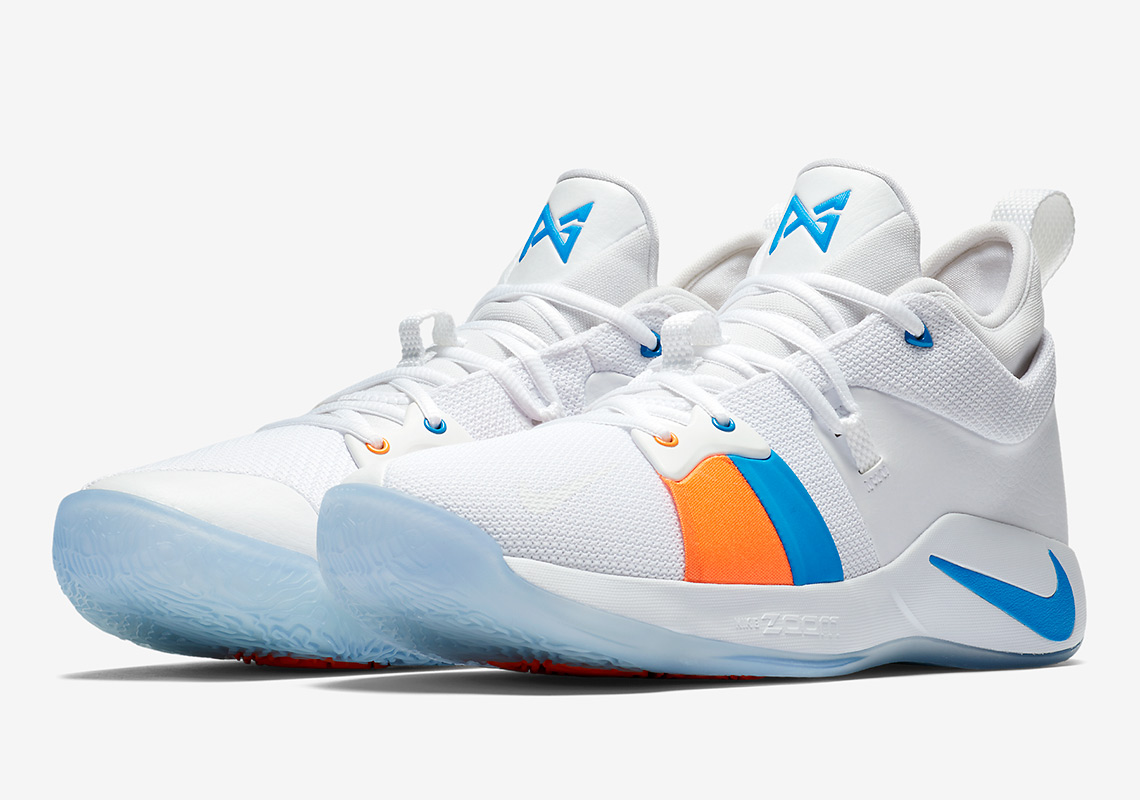 Paul George is officially in full offseason mode as his Oklahoma City Thunder exited this year’s NBA Playoffs in the first round, and the star free agent swingman can now turn his attention to one of his favorite hobbies: fishing. George’s affinity for relaxing maritime pursuits is well-known, and the Swoosh is nodding to PG’s preferred pastime on the newest colorway of his signature Nike PG2, entitled “The Bait II.” Featuring a white mesh upper with orange and blue detailing arriving on the forefoot half of the lacing system, the shoe also features a blue PG logo hit on the tongue and orange PG-13 detailing on the heels. The shoe’s white midsole features a large blue swoosh, and a translucent outsole with pops of orange adds a little more summertime flair. George’s signature on the inside of the tongue and further PG-13 branding on the insoles complete the shoe’s look. There’s no telling where George will end up in free agency this summer, but at least there is an official release date (even though the shoes previously released at SNS) and price for his newest kicks: June 15th, and $110. 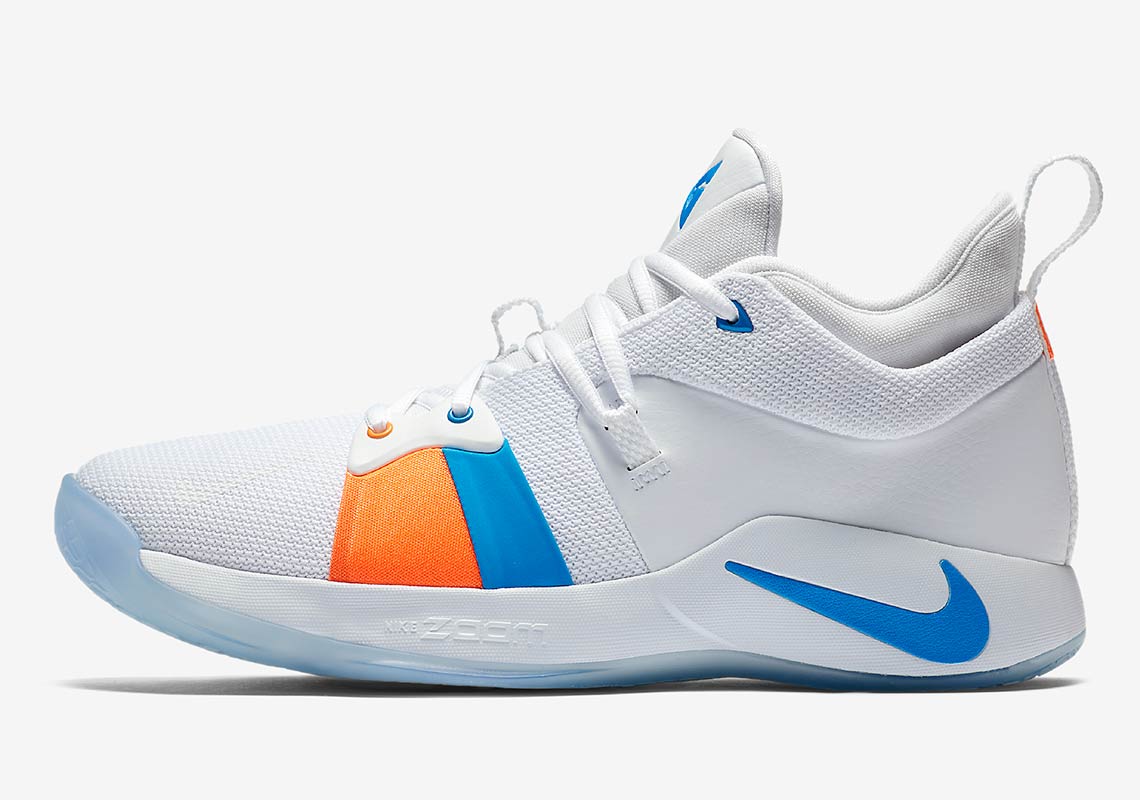 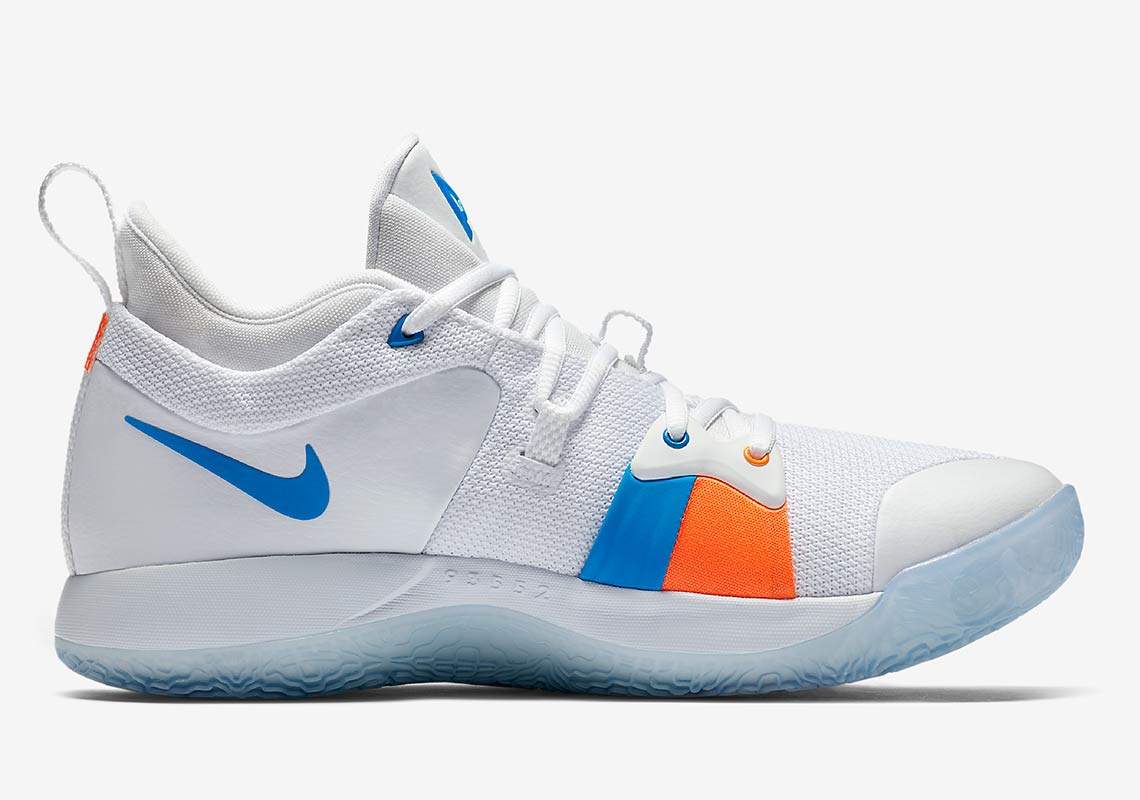 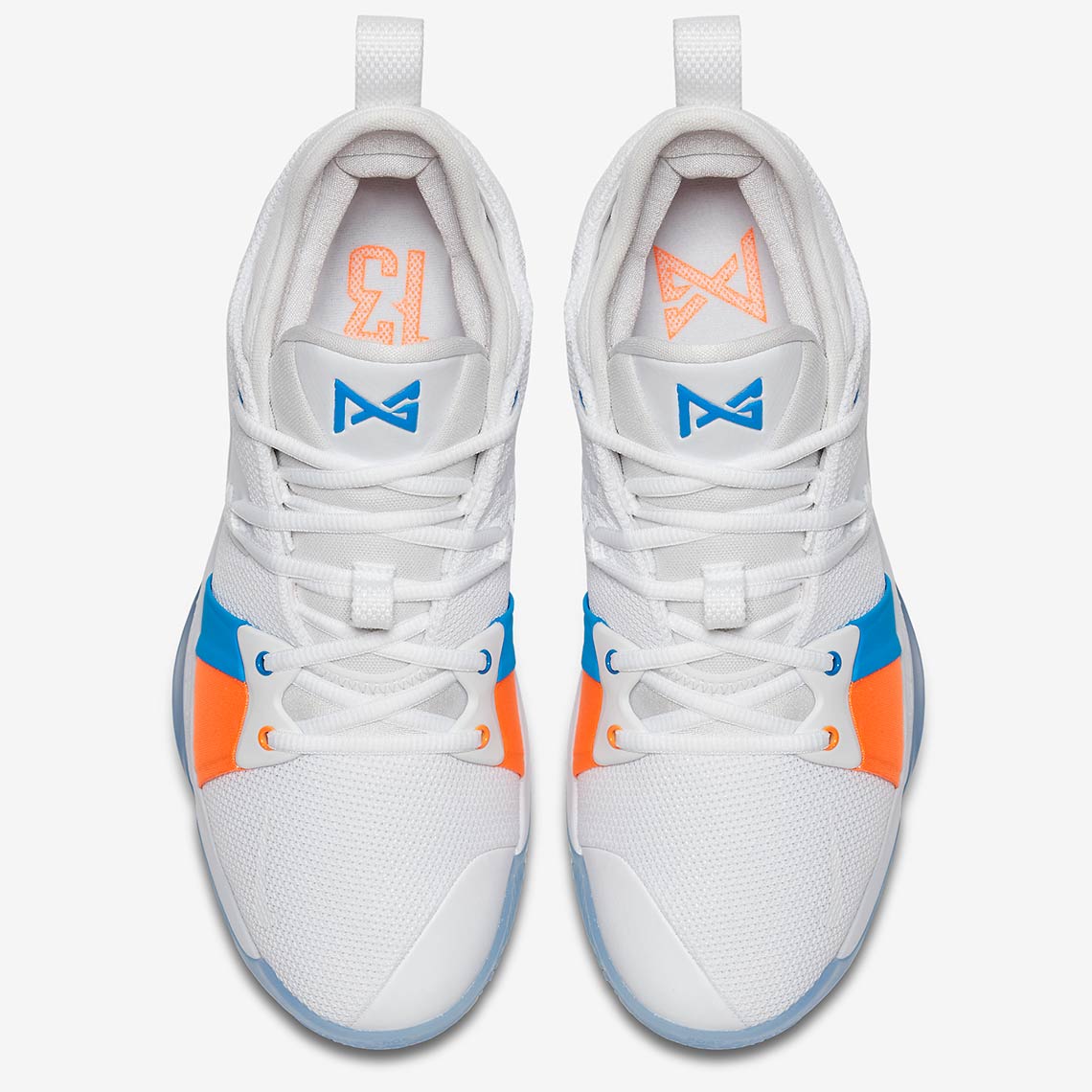 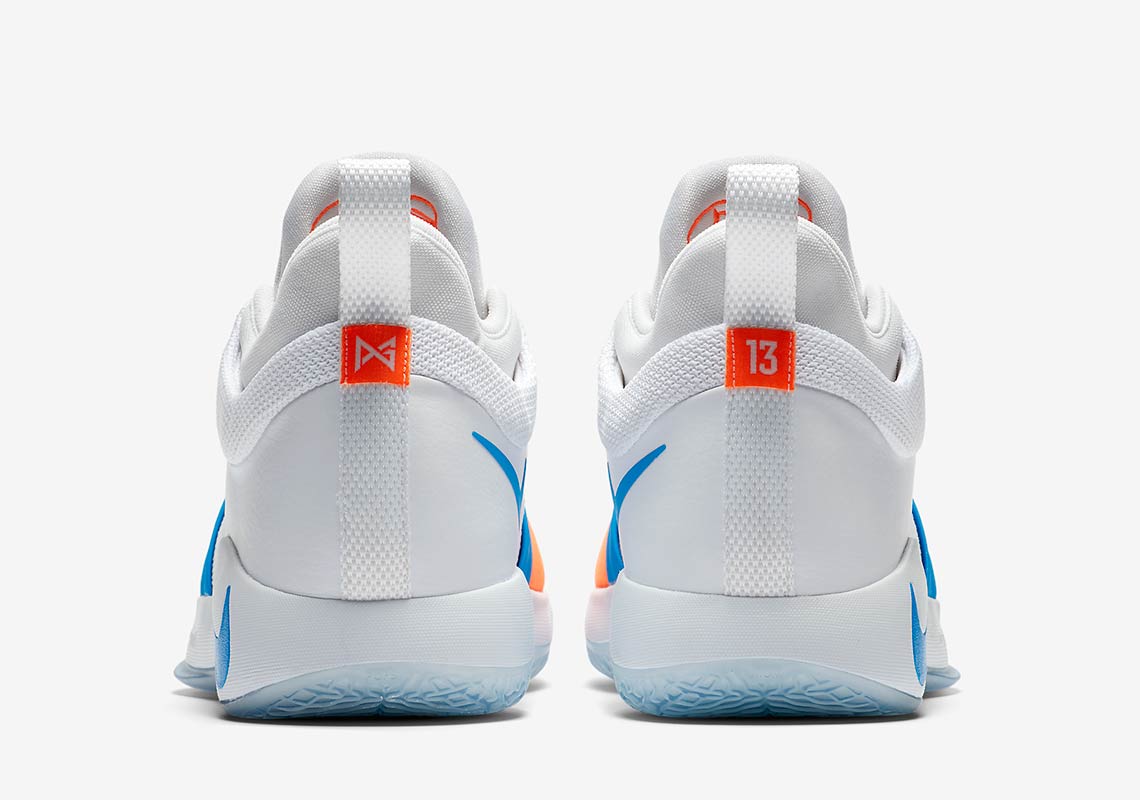 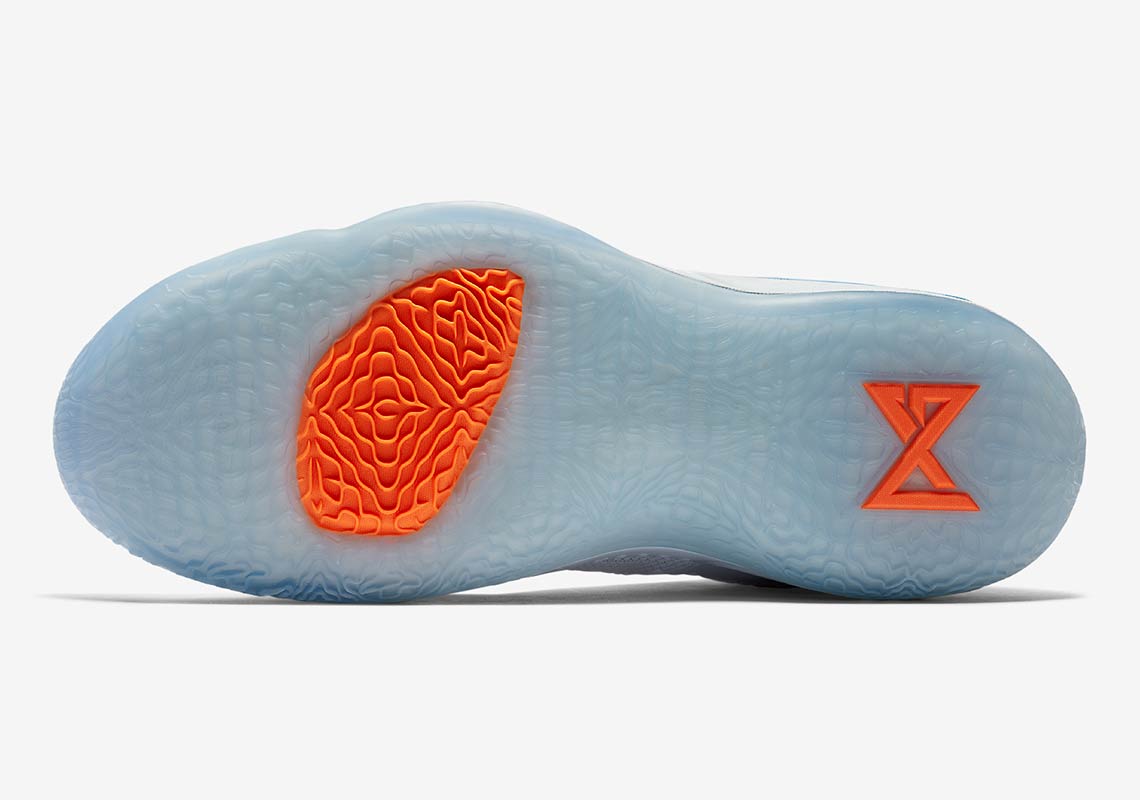