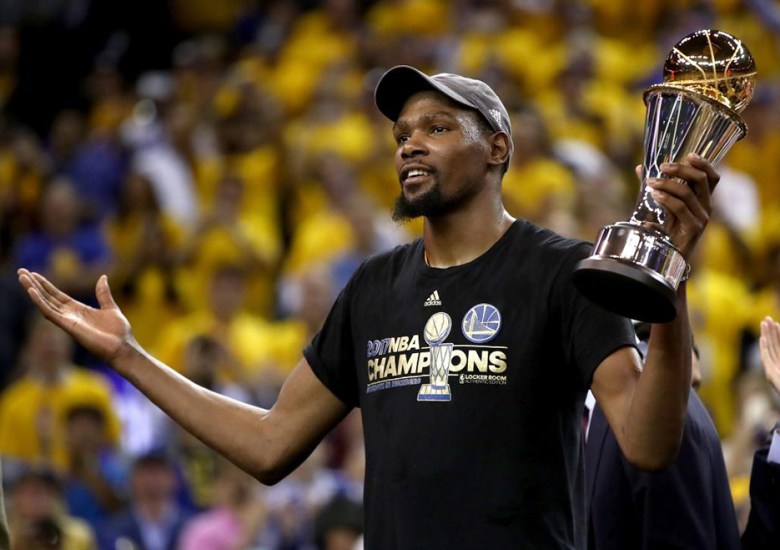 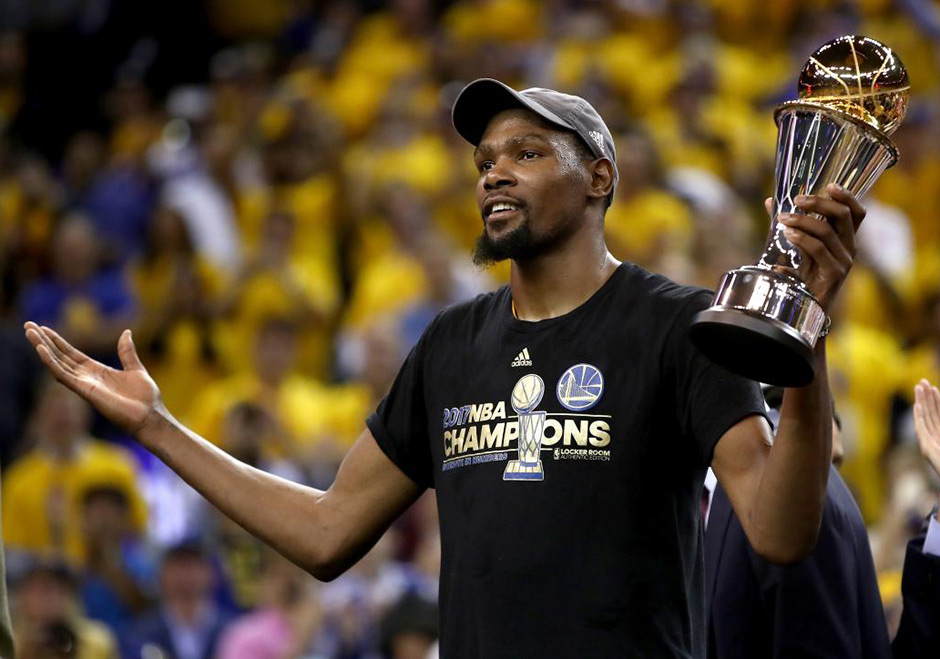 The reigning NBA Finals MVP will celebrate his first NBA championship when the Warriors take on the Houston Rockets on October 17th. As per tradition, the Warriors will flaunt their gaudy rings on national television and now we know what exactly what Kevin Durant will be wearing thanks to new images of the KD 10 Opening Night, out October 1st at major retailers.

This Nike KD 10 Opening Night is relevant not just for its Golden State Warriors-themed colorway featuring a simple white Flyknit construction with alternating Swoosh accents outlined in royal and yellow, but because this pair also features embossed NBA logos on the tongue and official Warriors logos on the outsole. While the look is subtle in nature, it does reflect that Nike will add team and league sponsored accents to its signature models to coincide with the new Nike uniform deal.

The Nike KD 10 Opening Night will release on October 1st for $150 USD. Check out more updates from Nike Basketball via our Release Dates page. 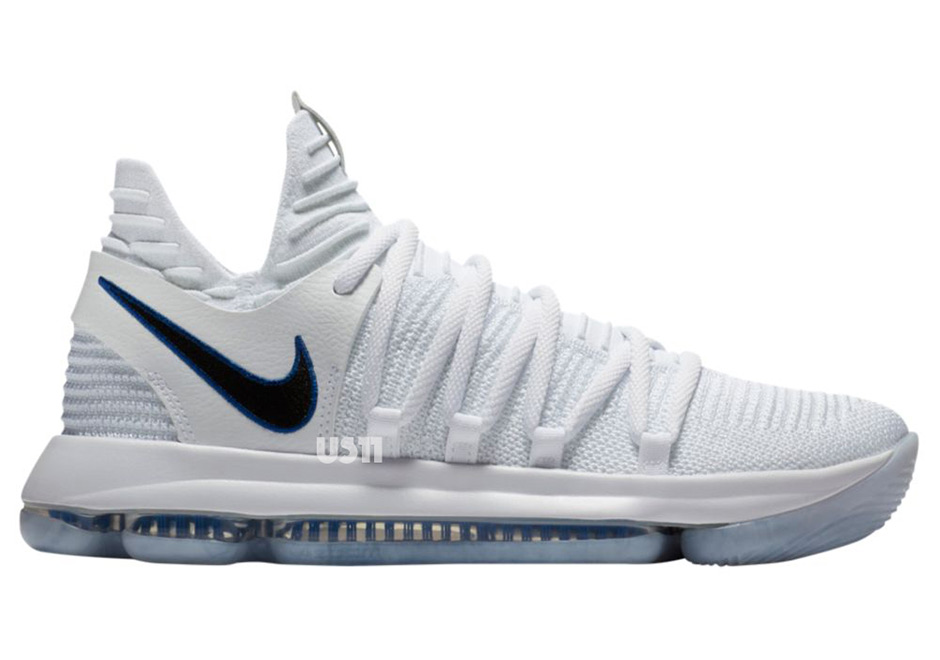 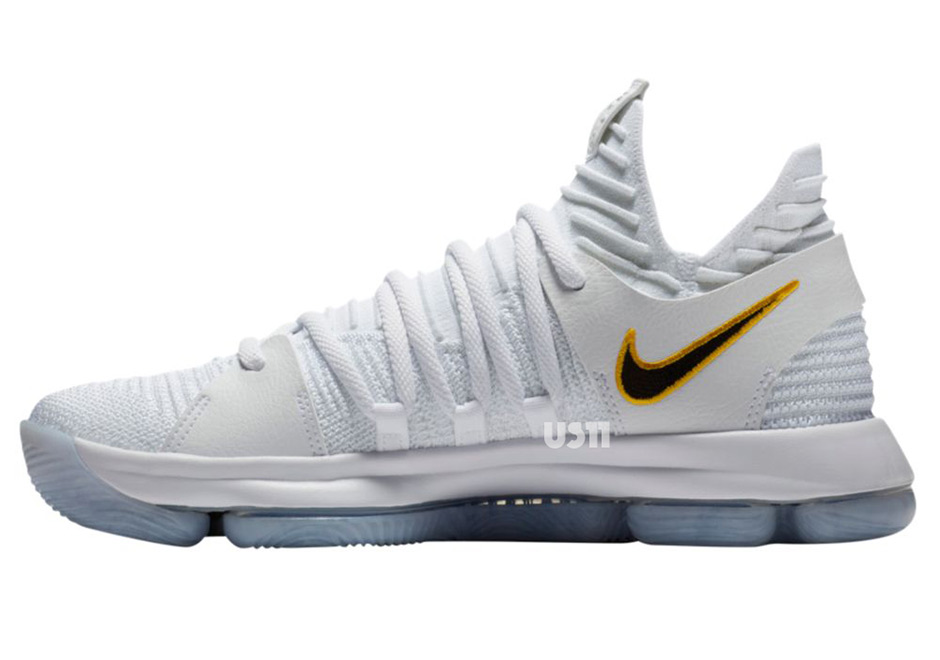 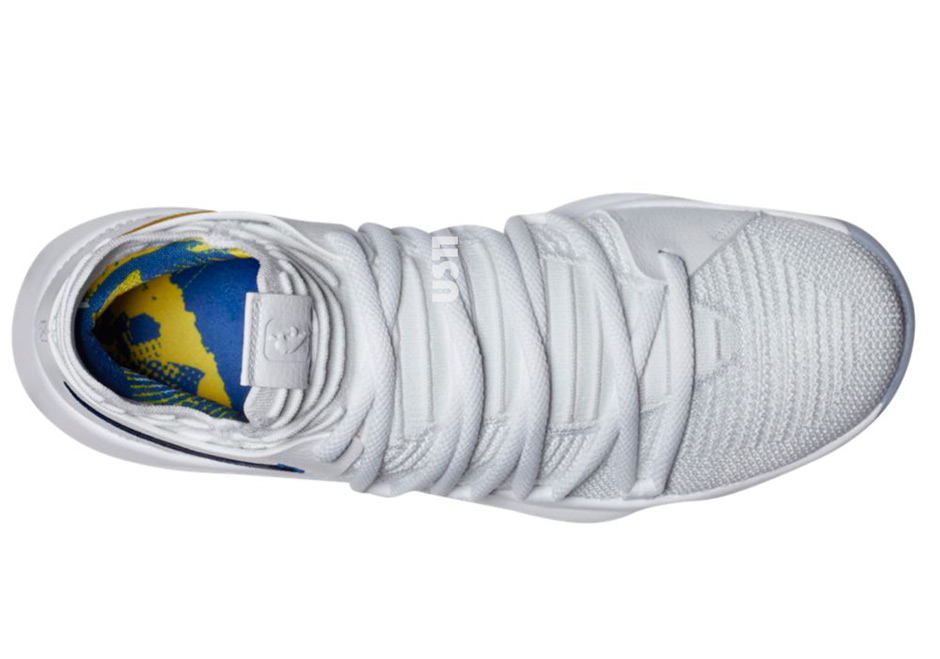 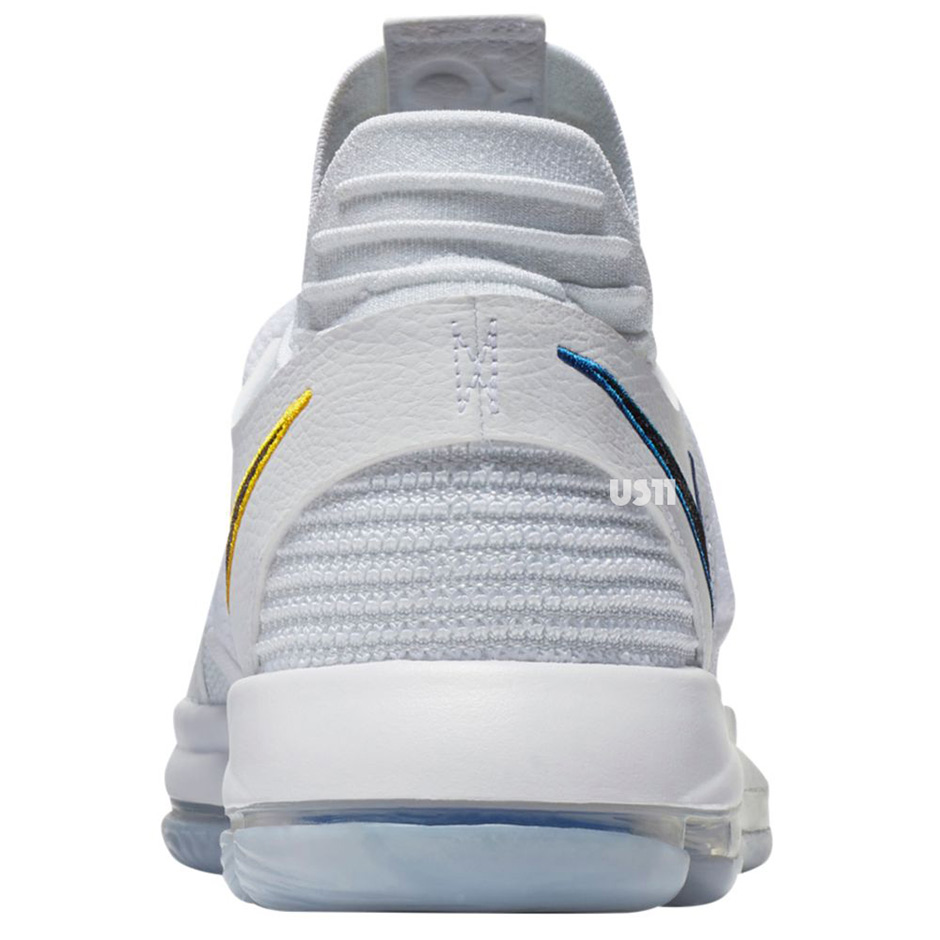 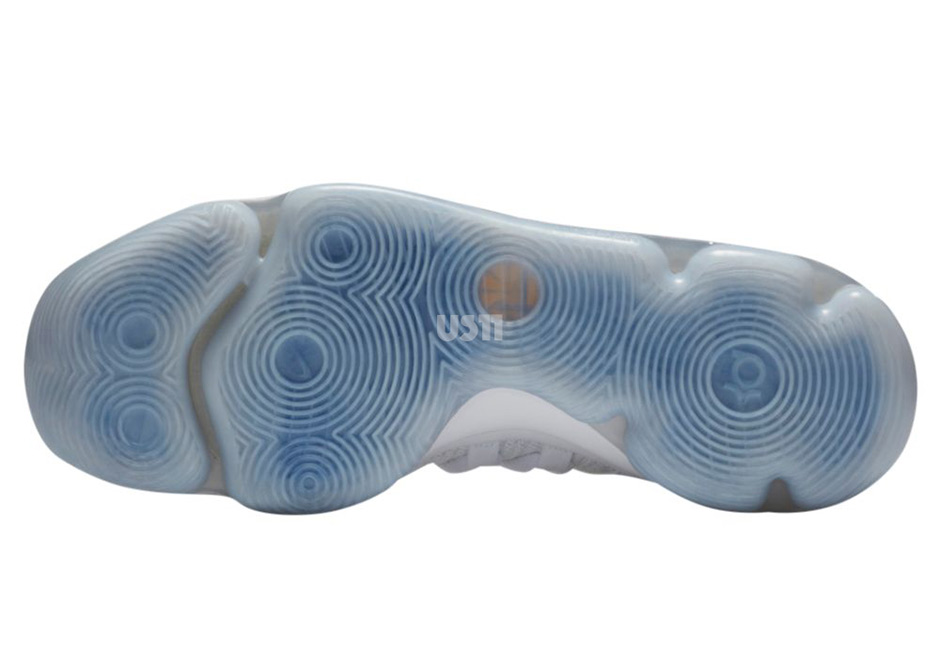