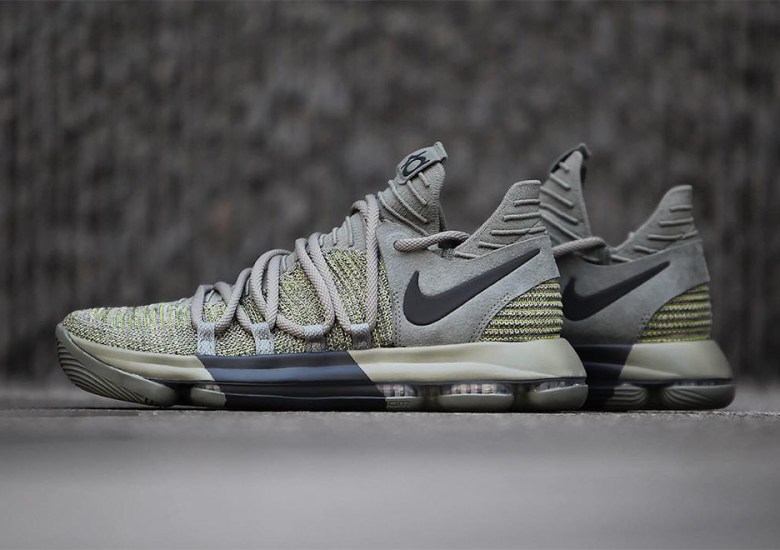 The Nike KD 10 Gets A New “Stripe” Detail 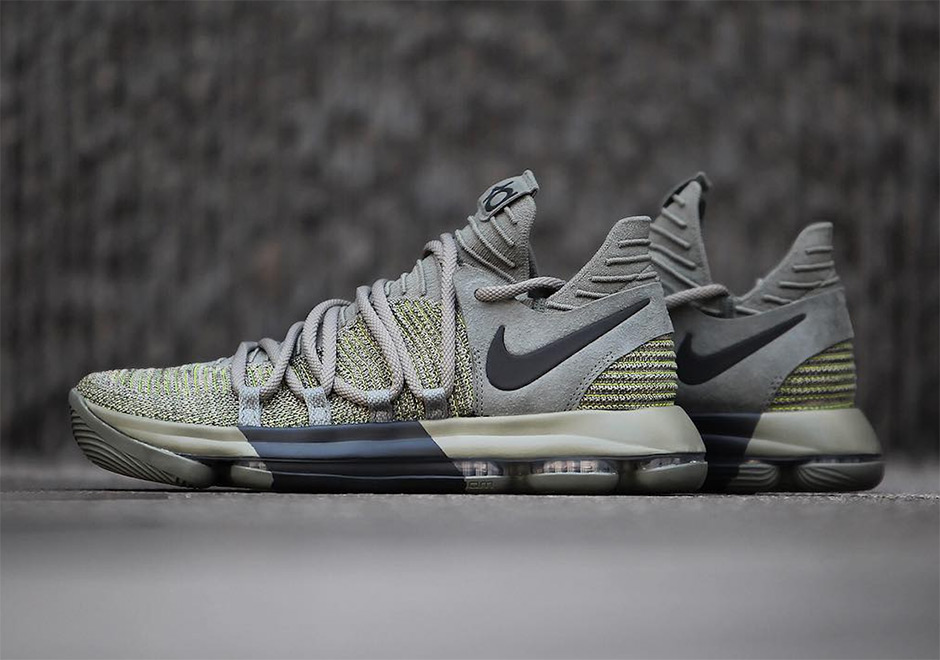 While losing three games out of seven should hardly be a sign of panic for the Golden State Warriors, the defending Champions are looking less invincible as they almost were a season ago. They’re still by far and wide the favorites to win it all this season, but with the superstar shift in the offseason, their road to a fourth straight Finals might be the toughest yet. Kevin Durant is likely the hungriest out of the Warriors four as he’s only been to the Finals twice and has just the one ring under his belt. Look for him to step up the intensity in the coming games, and he might do it in this new Nike KD 10 in a military-themed olive/black color palette with a thick stripe detail that stretches from the lateral forefoot to the medial heel. Thoughts on this detail? Check the photos below and we’ll deliver a release date when it arrives. 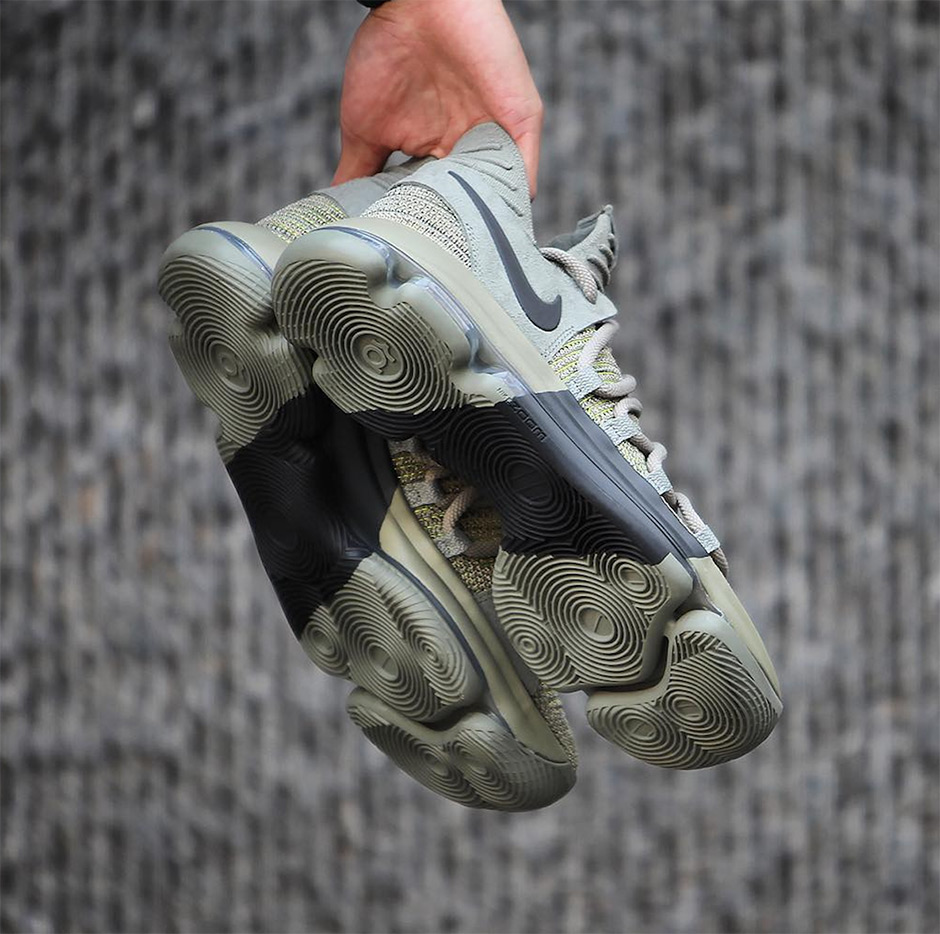 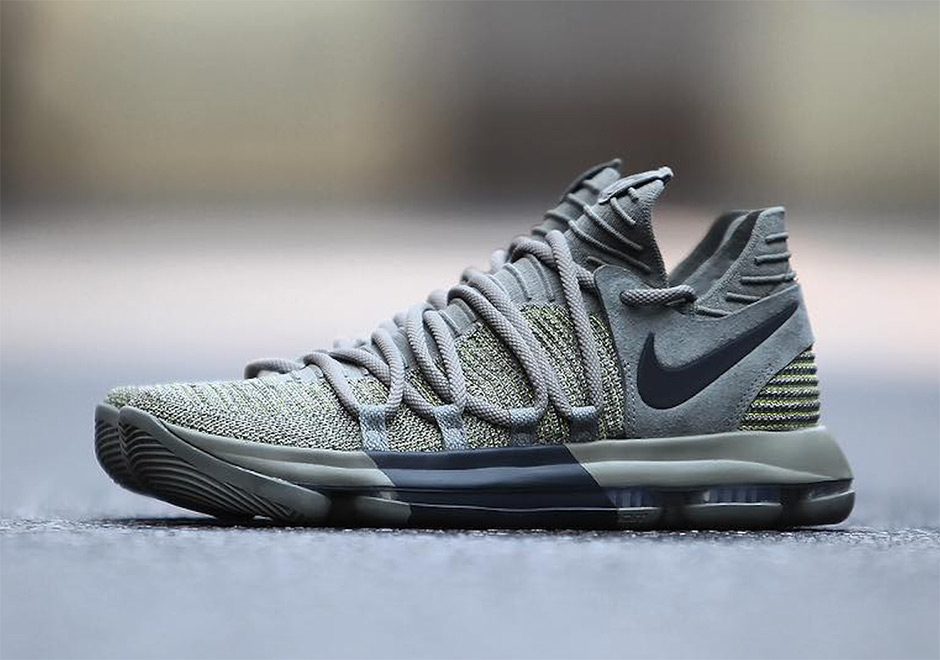 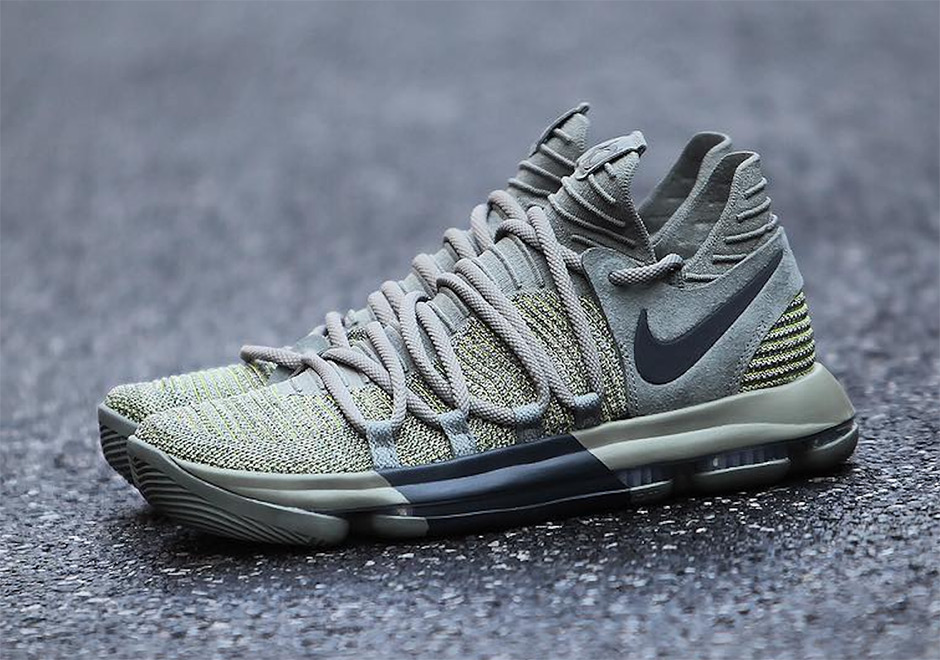 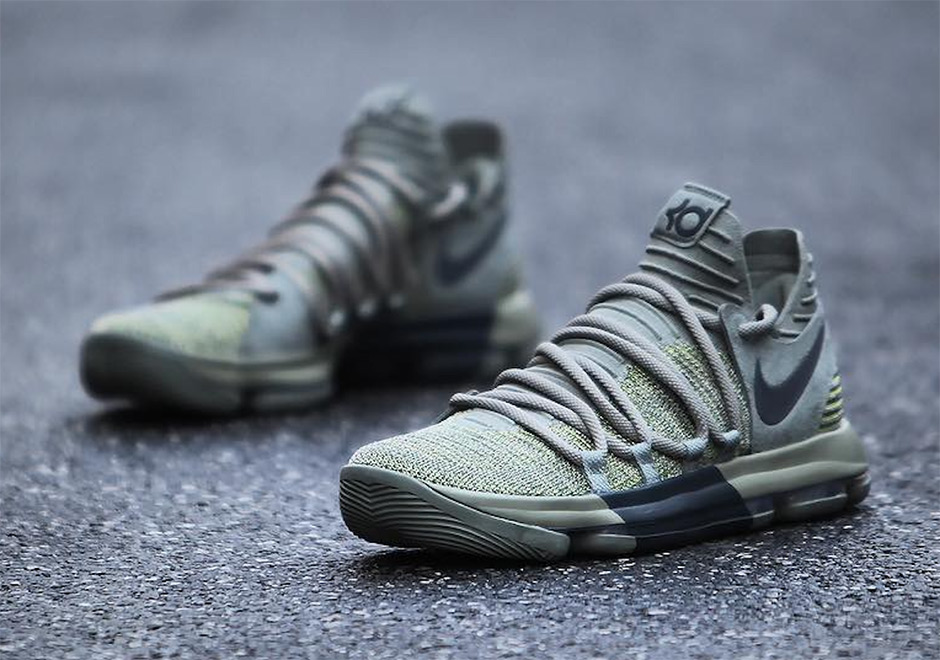 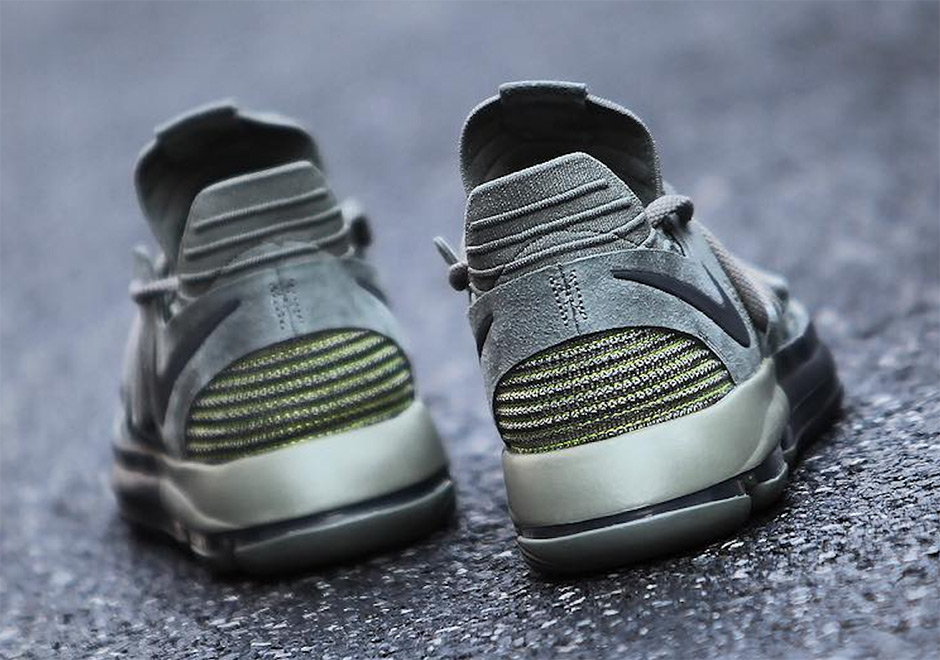