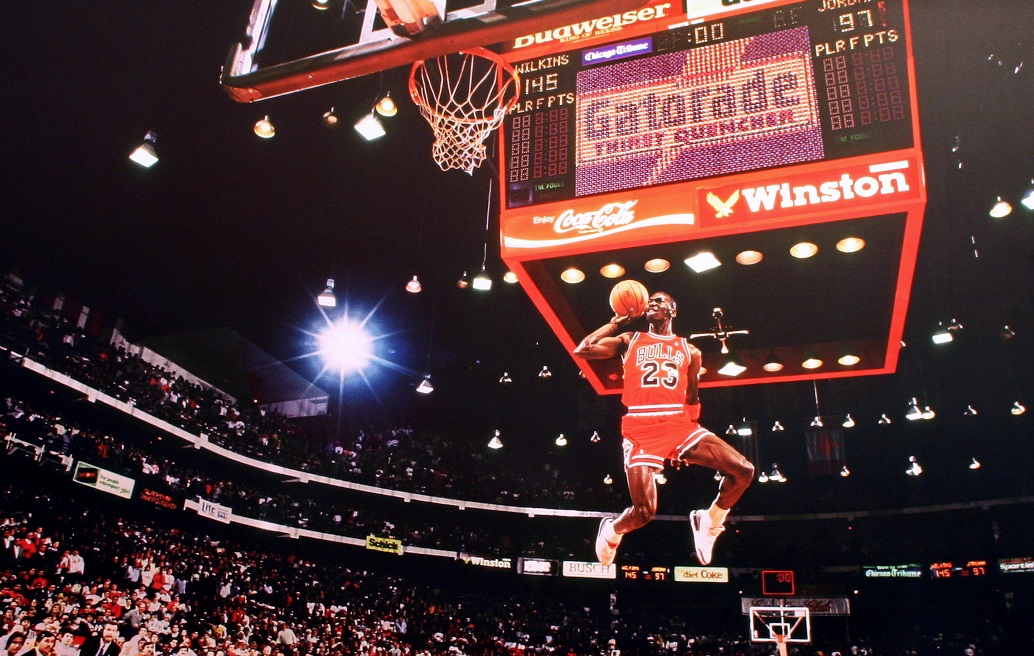 It takes an immense amount of athletic ability and technical skill to play one sport professionally, but multiple sports? That requires a generational talent. These six remarkable athletes were able to maximize their abilities en route to their domination of two (or three, or four) sports.

Widely regarded as the greatest basketball player of all time, MJ’s athletic skills extended well beyond the hardwood. In addition to his six NBA championships, ten scoring titles, five MVP awards, and two olympic gold medals, Michael Jordan also enjoyed a brief stint in the minor leagues – though his baseball career was not nearly as illustrious.

Bo Jackson’s athletic dominance started at a young age. In high school, Jackson excelled on the football team, baseball team, and set multiple track and field records. At Auburn University, he started as a freshman and won the Heisman Trophy as a senior before becoming the #1 overall pick in the NFL Draft. Due to a dispute with the Tampa Bay Buccaneers, Jackson chose to pursue a career in baseball (where he excelled) before making his NFL debut. Bo Jackson is the only person to ever be named to the NFL Pro Bowl and the MLB All-Star game; and he did it the same year.

Simply put, Deion Sanders was an athletic freak. He was drafted by the Kansas City Royals straight out of high school, but instead chose to attend Florida State University, where he competed in football, baseball, and track & field. One time, he played the first game of a baseball doubleheader, ran in a 4×100 relay, then returned to play the second game. Sanders went on to become an NFL all-time great defensive back, and played in the MLB for over a decade. He is the only person to ever score an NFL touchdown and hit a MLB home run in the same week.

You may know him as the current general manager of the Boston Celtics, but Danny Ainge was an exceptional athlete in his heyday. He is the only person in the history of the United States to be named a high school All-American in three sports: football, baseball, and basketball. After high school, Ainge played in the MLB for the Bluejays, while also playing collegiate basketball at BYU on a full scholarship. After a highly successful college basketball career, Ainge quit the MLB and was drafted by the Celtics, where he would win two championships.

You know that Jackie Robinson is the first African American to play Major League Baseball, but what you may not know is that he also excelled in a variety of other sports, including football, basketball, track and field, and even tennis. In college, he became UCLA’s first ever athlete to play four varsity sports. Robinson would go on to play semi-pro football and serve in World War II before ultimately breaking the MLB color barrier and earning six All-Star selections.

Jim Brown was a high school phenom, averaging 38 points per game in basketball, while also competing in football, lacrosse, and track and field. At Syracuse, Brown was an All-American running back and earned the Lacrosse player of the year award, in addition to leading the basketball team in points and earning a letter on the track team. He would go on to become arguably the NFL’s best running back of all time, and is widely considered as the best lacrosse player ever. Jim Brown is one of few athletes to make the Hall of Fame in multiple sports.

Other legendary multi-sport athletes include Jim Thorpe, Charlie Ward, and John Elway. You can read about them here.

Connecticut athletes can embrace their talents in multiple sports at Insports Centers. Located in Trumbull, we are the largest indoor sports facility in New England. With year-round leagues, tournaments, and clinics for a variety of sports, we have something for everyone. Visit our website to learn more, or connect with us on Facebook.