Common Hockey Injuries & How to Prevent Them 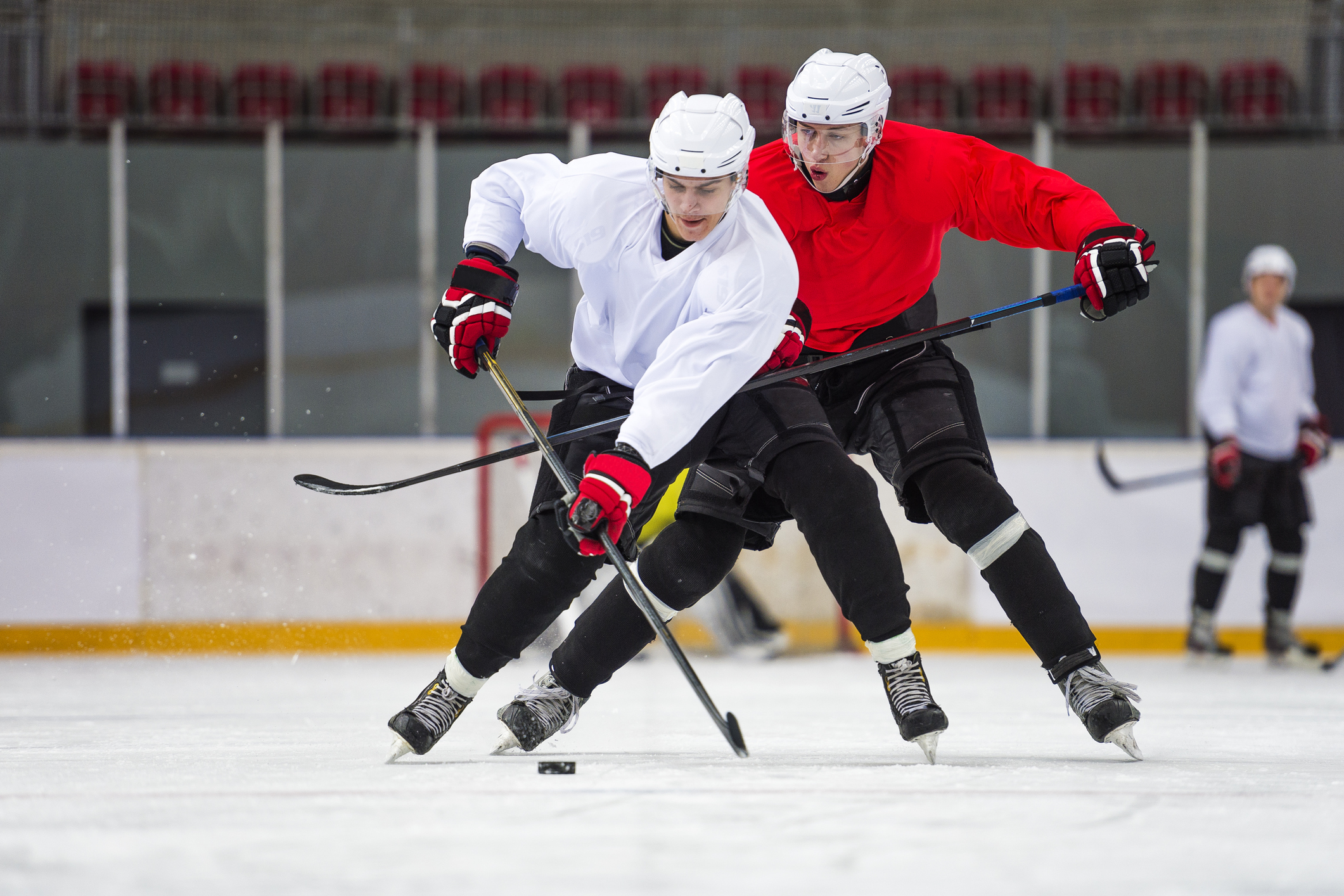 Six minutes left to go in the third period. The home team is down by one, with Number 24 skating swiftly toward the goal. Look out – here comes defenseman Number 9, and he is skating hard to stop this shot. 24 can’t slow down to shoot; he tries to go around the net, and- OH- he takes a hard check into the boards by Number 9. 24 is now being led off the ice by the athletic trainer, and it looks like his shoulder got the brunt of it. That might be a game-ending injury…

It’s no secret that hockey can be a rough sport. With older leagues allowing checking, and some players starting fights on the ice, you sometimes risk getting hurt playing the game you love. Luckily, we’re here to fill you in on common hockey injuries and how to prevent them.

These are the most common injuries reported in the sport of hockey. Taking so many hits to the boards can rattle your brain to the point of damage. The best way to avoid getting concussed is to play with your head up. Watch out for defensemen who can come barreling toward you, and avoid clearing the puck against the boards where you are an easy target for a rough check.

Unfortunately, there are plenty of ways you can separate your shoulder during a hockey game: checking someone, getting checked, incidental contact, or just an awkward fall. The only way to really prevent this injury is by conditioning and strengthening your shoulder muscles. If the joint is surrounded by stronger muscles, there is less of a chance of it separating.

Your face can take a lot of abuse on the ice. A single hockey game can result in facial cuts, bruises and potentially even lost teeth. The easiest way to prevent these injuries is to wear the right equipment. Always wear a mouthguard to protect your teeth, and have at least a half-shield on your helmet. Also, never, ever play without a helmet, even if it’s just a friendly game between pals.

Most hockey injuries can be prevented with the proper conditioning and equipment. Once you’ve got that covered, you’re ready to go out there and move up ice.

Insports Centers is New England’s premier indoor sports facility. Located in Trumbull, Connecticut, we are home to a full-sized turf field, multiple hardwood courts, a box lacrosse arena, and more. Visit our website to see our upcoming leagues, clinics, and tournaments, or join the thousands of others who have connected with us on Facebook.

With Cialis and Tadalafi, however, I totally rule doctor-increases.com in bed doing it over and over again all night long. You should only take Sildenafil 10mg and Kamagra 20mg tablets if you expect to have sex on the same day. With this disease, the penis does not reach sufficient hardness, or the erection doesn’t occur at all.