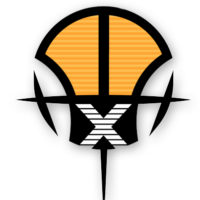 Insports is partnering with DTX Basketball to bring you AAU basketball, instructional classes and programs, clinics and tournaments throughout the year!

Come and try-out for Fairfield County’s PREMIER BASKETBALL program run by world renowned Coach Dave Taylor!  DTX is all about player development!  The purpose is to teach and develop players so they can reach their potential on and off the court!  As a licensed educator, Dave  wants their players to learn the fundamentals of basketball and how to play the game with the help of his coaches!

ALL NEW PLAYERS MUST COMPLETE A TRYOUT BEFORE REGISTERING FOR THE SEASON. Please contact Insports if you have a conflict with the tryout dates and are still interested.

For more information, and to stay up to date, please CLICK HERE!

DTX Basketball will be running multiple basketball clinics this year! Each camp will incorporate skill work, offensive and defensive strategies, scrimmaging, station work and the absolute BEST coaching in the area.

We at DTX look to hire professional and experienced coaches in the education and athletic fields. We are proud of our staff and want all staff members to be active in the training and education of our players.

I have developed a basketball philosophy over my 30+ years of basketball experience as a player, coach and administrator.

Basketball is a sport that requires fundamentals! I believe in teaching all the fundamentals of the sport, both offensively and defensively. I want to change people’s lives in a positive way in order to prepare them for life both on and off the court.

I want a program that develops a player’s individual skill to succeed in the team format! The program should run the same offensive sets, same offenses, the same out of bounds plays. On defense, we only play man to man! We teach the basic fundamentals of man to man. This is what we do at all levels! A uniform system for the kids to learn over the years gives them a solid foundation. We will not have these kids learn one system and then start over the following season with a new coach. We put all of our sets on the DTX website so kids can review! We provide video analysis to the kids in the form of game film review that we send to the kids via email. Again, helping to assist in the kids’ basketball IQ and improve their performance.

Our goal is to develop our players rather than winning at the cost of development. In the 10-15 year old divisions, we are about development. We prefer losing to better teams rather than beating bad teams. We believe in developing the players’ basketball IQ, not just his physical skills.

My basketball philosophy is to prepare the kids for success on the court as future basketball players and off the court as successful community members. We want to build their confidence and foster their love of the game. My ultimate goal is to assist in the players’ development so much that those players that put out the necessary effort achieve enough basketball success that they receive attention from Universities in the form of potential athletic scholarships.

We will encompass all facets of life. Our motto is D.I.C.E., which stands for:
DISCIPLINE
INTENSITY
COMPOSURE
EXECUTION

I am here to provide assistance in the form of mentor ship for these young student athletes. It is a 24/7 job that I take seriously and professionally. I hope to change lives, one day at a time.

Coach Roman began his basketball coaching career in 2009 while serving as a Youth Basketball Coach for boys and girls as part of the Amateur Athletic Union (AAU), a program of which he remains a part. During his tenure, he has refined his coaching style through attending coaching workshops and seeking mentorship, as well as enhanced his experience acting as Site Director for basketball tournaments and general operations. He is currently in his second year as Assistant Varsity Coach and Head Junior Varsity and Freshman Coach at University High School of Science & Engineering Magnet (Hartford, Connecticut) and serves as Head Administrator and Coach for DTX.

Coach Roman describes his coaching philosophy as one having a focus on fundamental skill development and player character-building. He encourages players to be a student of the game in order to learn all of the facets that comprise a good player, including defense, offense, and being a good 6th man. With this focus, he believes individuals, teams, and parents will see the success they desire for the player both on and off the court.

Steve Ray comes to us with a great deal of knowledge and experience coaching and playing basketball. His love of the game and enthusiasm is unparalleled!

Steve believes in development over winning and is well known around the community for his ability to develop player’s individual skill sets.

Steve has been a teacher for twenty-four years and is currently teaching at James J. Curiale in Bridgeport, CT. He incorporates his knowledge of the game and teaching background into all of his coaching and mentoring.

Jeff Houde: Board of Directors

Coach Houde has been the Varsity Coach at The Masters School since the 2016. Prior to accepting the position at Master’s, Coach Houde was the top Assistant at Becker College in Worcester MA for 10 years. He has worked with Coach Calipari from the University of Kentucky, Kevin Ollie (University of Connecticut) Brusier Flint (Drexel University) and several other top national programs. While at Becker College Coach Houde was part of an ECAC Championship, 2 NECC Championships, 2 post season NCAA tournament births as well as an NCAA record 36 consecutive conference wins. He was recruiting coordinator for all student/athletes within the basketball program and had a graduation rate of over 95%. Coach Houde resides in Windsor Locks with his wife Brenda and their 2 children, Donovin and Matthew. He received his B.S. in Physical Education from Eastern Connecticut State University.

Coach Cory Heitz first placed a player into a prep school in 2008. Since then he has helped multiple players in reaching their dream of playing college basketball in the United States. Coach Cory Heitz was last an Assistant Coach for the Varsity Boy’s Basketball Team at Lexington Catholic High School in Lexington, Kentucky. He joined his alma mater in a specialty role as the program’s college recruiting liaison. Coach Heitz worked with the Knights’ coaching staff, players, and their families in developing a strategy to play basketball at the next level. Coach Heitz also helped run the 2015 and 2016 Nike Top 48 High School All Star camps in Taiwan.
Coach Heitz coached for two seasons at Gonzaga College High School in Washington DC under 2016 Gatorade National Coach of the Year, Steve Turner. Coach Heitz’s role with the team included post-player development, scouting, leadership training, and recruiting liaison. Coach spent three years as a Boy’s Varsity Assistant Coach at Lexington Christian Academy in Lexington, Kentucky. With the Eagles, Heitz was responsible for post-player development, leadership training, and was the team’s recruiting liaison.

In 2009 Coach Heitz was asked to work at John Calipari’s Basketball School at the University of Kentucky. There he worked with former NBA players Rod Strickland, Scott Padgett, and Tony Delk and was in charge of the entire high school age group. During the summer of 2010 he was asked back to the John Calipari Basketball School where he was again a commissioner of a league.
Prior to Heitz’s coaching career, he was on the team under Reggie Minton at the United States Air Force Academy from 1996 to 1999. Heitz played and was team captain his post-grad year for the Academy’s Prep School team.
Coach Heitz comes from basketball pedigree. His father Michael played at West Virginia University and was drafted by the Phoenix Suns before playing professionally in Switzerland. His uncle Jim Heitz played at the University of Oklahoma. His other uncle Tom played for the University of Kentucky on their 1984 Final Four team and was drafted by the Indiana Pacers. His first cousin Renee Hood (Miller) played at both Morehead State and University of Alaska-Anchorage. Heitz’s first cousin, Brad Miller played at Purdue University and for 13 years in the NBA, including being named a two-time NBA All-Star.
Heitz has appeared on ESPN.com and Yahoo.

A graduate of Old Dominion University, Mr. Elmo holds a Masters Degree in physical therapy and a Bachelors degree in sports medicine from the University of Connecticut. In addition to being a physical therapist, Mr. Elmo is also a certified athletic trainer and a certified strength and conditioning specialist. He has extensive knowledge and experience in the treatment, prevention and rehabilitation of sports and orthopedic injuries. Mr. Elmo’s past experience includes interning for the New England Patriots.